Direct Mail Statistics That Will Convince You To Invest In It

Going digital has had a revolutionary impact on the marketing world.

No doubt, it has helped businesses deliver valuable results and attain maximum return on investment. Implementing digital marketing strategies is an effective way of reaching out to a broader customer base in a short time. And it is seen as a powerful tool for cost-effectively maximizing conversion rates.

So, in no way, we’re here to say that digital marketing has lost its value. Yet, some traditional marketing forms are making their way back by delivering better response rates and helping businesses, especially small ones, garner a loyal customer base. But that’s not all. It’s also helping businesses across various industries grow at scale. 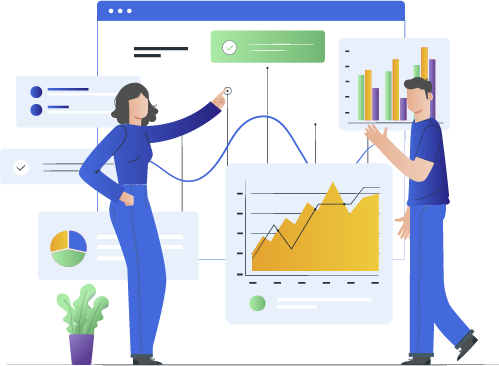 With the amount of time people are spending online, it is natural to think that the offline mode of communication, like direct mail, is no longer used, and direct mail marketing is considered dead and buried.

We’ve heard people saying, “Who in today’s world would wait to receive anything in the mailbox?”

But, let us assure you that direct mail is far from dead and, if anything, it has evolved. It can complement digital marketing strategies in ways more than one.

Let’s start with the basics.

What is Direct Mail Marketing?

One of the oldest, and up until now, considered ineffective direct mail is a form of marketing where prospective customers are sent promotional materials in various mailer pieces like postcards, letters, brochures, flyers, and more.

Now, considering the efforts they require, you might say, direct mail is not engaging anymore.

But over the last few years, marketers have come up with remarkably innovative ways to get the most out of this traditional practice.

So why was it considered an ineffective marketing technique?

But before we begin with it, let us talk about the impact the new-age direct mail marketing has on boosting your business.

Direct mail marketing, being visual, tangible, and physical, appeals to the audience quickly and effectively. Giving the marketer the freedom to customize the mailer pieces as they want, direct mail makes for an eye-catchy advertisement mode. It boosts customer engagement and holds their attention for longer.

Unlike emails that require the content to follow GDPR norms and standards and seek permission from the customer, direct mail does not require explicit consent from the consumers. So you can send the mail to the customers, keeping the legitimate interest into consideration.

You can not touch and feel an email; it only engages one sense – viewing. But with direct mail, all your senses are equally involved, which piques the interest in the product and service your business has to offer, as these mailpieces can hold attention for a relatively long period and invoke emotions of the readers. Direct mail plays a big part in influencing the decision-making process of consumers.

Compared to the online ads that appear out of nowhere and disrupt an individual browsing session, to the point that they have to install an ad blocker, direct mail is far less intrusive. Consumers can read the direct mail as and when they want, without getting disturbed.

Those mentioned above are some of the most vital points which could convince one to invest in direct mail marketing.

But we know there are a lot of people apprehensive of it because of the various myths putting direct mail in a bad light. Allow us to bust them for you.

It can not be tested and measured

It could not be far from the truth. The direct mail campaign performance can be tested and measured.

When integrated with digital campaigns, on an automated platform like PostGrid, direct mail can be easily tested and measured for the response rate. And you can strategize your future campaigns accordingly.

We are living in a world where everything gets done with a click. Earlier where you had to coordinate with the designer printer to get the excellent quality mail, which led to workforce exhaustion with the repetitive task. But now, with technology and an automated platform like PostGrid, sending direct mail is as easy as sending an email. The only difference is- you will get a better response with direct mail compared to the emails.

Big companies, like Google, never use a tacky form of marketing

So why should you? Right?

What if we say, Google is one of the largest direct mailers globally? Yes, it uses direct mail in abundance to attract clients and generate revenue. Google understands how direct mail makes sales more efficient compared to its digital contemporaries. Google sends out direct mail in high magnitude to current and prospective advertisers. [SOURCE REQUIRED]

It can not engage the target audience

We have been hearing this for a long time since digital marketing worked its charm. But this is not the case. A study done by Marketing Sherpa revealed that an astonishingly 76% of the audience trusts direct mail when purchasing. So there is no doubt in the fact that direct mail works wonders when it comes to engaging its audience.

Having cleared some prevalent myths out of your way, let’s elaborate on direct mail’s ability to generate a higher response rate compared to its digital contemporaries.

Statistics: How is Direct Mail Marketing Better Than its Contemporaries

After elaborating on how good the response rate the direct mail generates, let’s discuss its utilization status in terms of numbers.

Statistics: Uses of Direct Mail Marketing in Terms of Numbers

Now that we have covered the response rate and how direct mail is used, you must be wondering how advertisers spend on direct mail marketing to gain this kind of response.

Allow us to help you walk through the numbers. 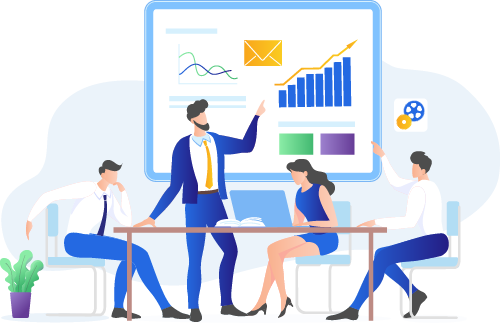 As mentioned above, we humans make our decisions on instincts. And direct mail has an exceptional quality of engaging all our senses, touch to feel, and sight to explore the creativity and influence our purchasing decisions.

Direct mail’s impact is visible on the psychological level of the human body. In the section below, we are going to discuss this impact further.

Statistics: Impact of Direct Mail on the Psychological Level

Having discussed the psychological impact of direct mail, let’s move on to how this traditional methodology is perceived in 2021.

We have already established in the beginning how direct mail generates a higher response rate compared to the emails. Now, let’s take a look at what the statistics have to say about this traditional and digital forms of marketing

Statistics About the Traditional and Digital Forms of Marketing

Unlike email which can only be customized to an extent with graphic design or content, direct mail has a plethora of unique and diverse mailing and packaging options, which makes it easy for the target audience to spot first thereby driving more traffic and better engagement.

In the section above, we mentioned how postcards have the highest response rate and are among the most preferred direct mail pieces, with 52.5% of the target audience claiming to read it.

In the following section, we will help you leverage postcard statistics for your business’s benefit.

But all these statistics and techniques will work in your favor when instead of burdening your in-house to complete the process manually you add an automated platform in your system.

With PostGrid, you have the freedom to send one or thousands of personalized direct mail to the prospects, clients, and customers with a click. All you have to do is choose from our wide range of templates or edit them with our built-in editor to best suit your target audience and hit send.

We provide both API and platform solutions, either of which you can choose to create, customize, and send out your direct mailer pieces. With CRM integration, we will prevent you from the hassle of manually entering every mailing address, as the integration system will fetch it from your existing database and build a mailing list, ensuring accuracy.

With our direct mail automation solution, we guarantee to strengthen your offline communication with the customers and to help your business steer ahead.

×
We use cookies on our website to give you the most relevant experience by remembering your preferences and repeat visits. By clicking “Accept”, you consent to the use of ALL the cookies.
Read MoreACCEPT
Manage consent

This website uses cookies to improve your experience while you navigate through the website. Out of these, the cookies that are categorized as necessary are stored on your browser as they are essential for the working of basic functionalities of the website. We also use third-party cookies that help us analyze and understand how you use this website. These cookies will be stored in your browser only with your consent. You also have the option to opt-out of these cookies. But opting out of some of these cookies may affect your browsing experience.
Necessary Always Enabled

Performance cookies are used to understand and analyze the key performance indexes of the website which helps in delivering a better user experience for the visitors.

Analytical cookies are used to understand how visitors interact with the website. These cookies help provide information on metrics the number of visitors, bounce rate, traffic source, etc.

Advertisement cookies are used to provide visitors with relevant ads and marketing campaigns. These cookies track visitors across websites and collect information to provide customized ads.

Other uncategorized cookies are those that are being analyzed and have not been classified into a category as yet.